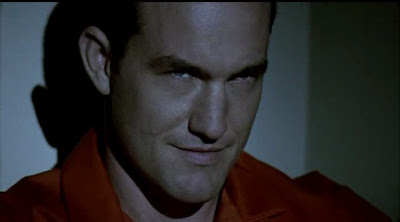 Jacob Cooney's amazing short film, The Frolic, is now available via online download! The film was co-written by and based on the short story by one of our favorite authors, Thomas Ligotti. Check out the press release below...
THE FROLIC AVAILABLE VIA ONLINE DOWNLOAD!!!
THE FROLIC, Thomas Ligotti's iconic horror short story turned short film, is now available via online download at both FILMBABY.COM and AMAZON.COM.
Directed by Jacob Cooney and Produced by Jane Kelly Kosek (Wonder Entertainment), THE FROLIC follows the story of Dr. David Munck, a prison psychologist, who uncovers a deadly supernatural force in one of his inmate patients, which ultimately leads him to his breaking point.
Starring Maury Sterling (John Doe), Michael Reilly Burke (Dr. Munck), Jennifer Aspen (Leslie Munck) and Kailey Swanson (Colleen Munck), this short film has played in numerous film festivals including the Cannes Film Festival, Los Angeles International Short Films Festival, Dead by Dawn Film Festival, Shriekfest and Dances with Films and has frighten audiences across the world.
According to Stephen Jones (World Fantasy Award-winning author), "Jacob Cooney's film version of THE FROLIC, from a script co-written by Ligotti himself, is a masterful slice of psychological horror given a creepy supernatural twist. This is a little gem of twisted terror."
THE FROLIC is available for download at the following locations. Hope you enjoy.
Filmbaby.com
Amazon.com
The DVD is also available from FilmBaby.com, and includs a newly revised The Frolic short story with a new introduction by Thomas Ligotti, The Frolic short film, interviews with Thomas Ligotti, Brandon Trenz, Jacob Cooney, Jane Kosek and Maury Sterling, a director commentary, actor commentary and behind the scenes... 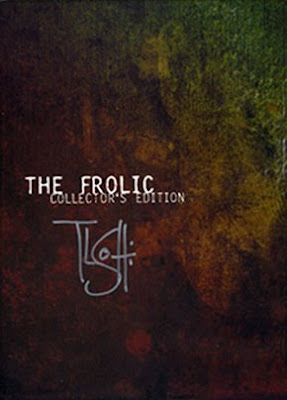 (Thanks to Dead Harvey)
Posted by Craig Mullins at 10:26 AM