When: Saturday, August 27 at 9:00 p.m. - August 28 at 12:00 a.m.
Where: Peoria Theater
3225 N. Dries Lane
Peoria, IL
What: The Drunken Zombie Deadly Double Feature
Its artists with a skewed perspective! First up is the H.P. Lovecraft adaptation Pickman's Muse. An artist, Robert Pickman, becomes obsessed by visions of unworldly horror, revealed to him through an ancient artifact discovered in an abandoned church.
Then it's onto the classic A Bucket Of Blood. Walter Paisley, nerdy busboy at a Bohemian café, is envious of the talent (and popularity) of its various artistic regulars. But after accidentally killing his landlady's cat and covering the body in plaster to hide the evidence, he is acclaimed as a brilliant sculptor - but his new-found friends want to see more of his work.
So come on out and enjoy some truly twisted art. Tickets only $7. Full bar and usual theater concessions. Door prizes and giveaways! 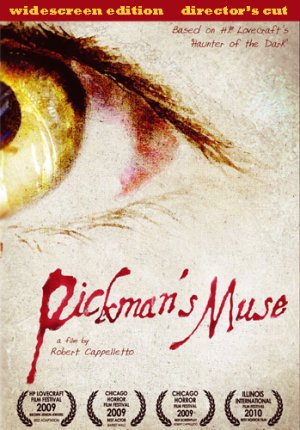 (Thanks to Robert Cappelletto)
Posted by Craig Mullins at 7:12 PM