Lord Bassington-Bassington mentions in his blog that Kim Holm will shortly be releasing a graphic novel adaptation of H.P. Lovecraft's story 'Pickman's Model' (and also links to where it can be read online for those of you unable to immediately pick it up on release). 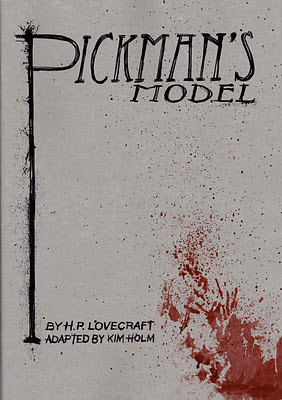 IDW Comics has announced a sequel to last years Infestation crossover, in which a supernatural threat ran simultaneously through several of their comics. This year the threat is the Old Ones, and they'll be invading Transformers, DND: Eberron, Teenage Mutant Ninja Turtles, G.I. Joe, Star Trek, Ghostbusters, as well as a one shot featuring Bat Boy from the Weekly World News and Archibald from Groom Lake. I thank goodness I'm not the editor in charge of continuity for this...They will also be releasing a comic adaptation of the Dunwich Horror. 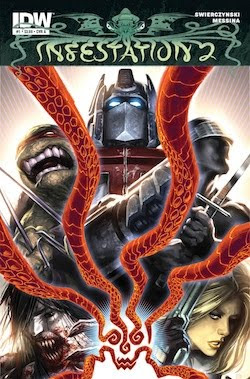 This month Fall River releases H.P. Lovecraft Goes to the Movies, a historical retrospective of films based on Lovecrafts works. It picks a handful of Lovecrafts stories, and proceeds to discuss each (as well as the films inspired by it) one at a time.
Posted by Keith Lindsay at 8:35 PM