H.P. Lovecraft is a masterful writer who gave birth to the following works: The Call of Cthulhu, At the Mountains of Madness, The Shadow over Innsmouth,Reanimator and many other. He is one of the most important writers in the history of horror genre and the creator of the legendaryCthulhu Mythos.
Without Lovecraft, there would be no such movies as Alien, The thing, or games like Dead Space. His stories started the genre of Cosmic Horror, and we have to admit it – we love it. He made us fear the ancient evil and the void of space. After reading his stories, you won’t ever look at the stars in the same way as before.

We've picked "The Music of Erich Zann” not only because it's one of our favorites, but because it's perfect for a short film. Disappointed by the news that Guillermo del Toro's „At the mountains of madness” was canceled, we decided to pay our own tribute to the genius from Providence.

DARKNESS – Fear lies within the shadows

Appropriate mood is everything! Dark and damp places create a perfect occasion to scare the reader. Lovecraft’s stories demand those kinds of tools and we can’t afford to miss them. How are we going to achieve this unique setting?

"The Music of Erich Zann” was written in the time between two World Wars. We will keep it this way, and we will do it in a unique visual style inspired by German Expressionism from the 20's (IT'S NOT GOING TO BE A SILENT FILM!). Stylized, black & white, with sets that combine real life objects with painted backgrounds. Grim, creepy, and sometimes hideous (in a scary way).
If you wonder how we can show unspeakable fear, we will have some surprises for you. The atmosphere is going to be as Lovecraftian as possible. We will treat it like art, and make it a psychological horror, not a gore-fest. 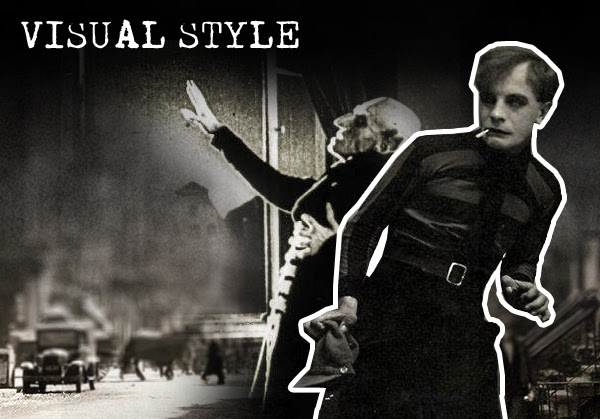 DEATH – The power behind the true words.
The original script has its weight. We are not the writers, just beholders who try to manifest Lovecraft's words and make them real. We love his writing and we are not willing to change it. That's why we want to stay as close to the story as it's humanly possible.

LIGHT – The shades of the city of solitude.
It all happened in Paris, but was it really Paris? Can it be the Paris of the East? Warsaw – as it was called in that time. City of lost souls and forgotten tales. City that was destroyed almost completely, and is reborn again. A city so close to Paris in the day that the difference could be just a flicker of a ghastly light.

DREAM – The Old One speaks in our dreams.
This is not the first time we are making a horror with a small budget. We are also experienced with handling different production budgets, so you can be sure that we will not waste it. This opportunity is not another movie for us, it's our dream. It's said that Cthulhu can visit your dreams, and we believe that he is the one who gave us this idea ;)

Are you with us now? We certainly hope you are. Now, what will we do with the glass of your precious blood that will power this magnificent initiative? 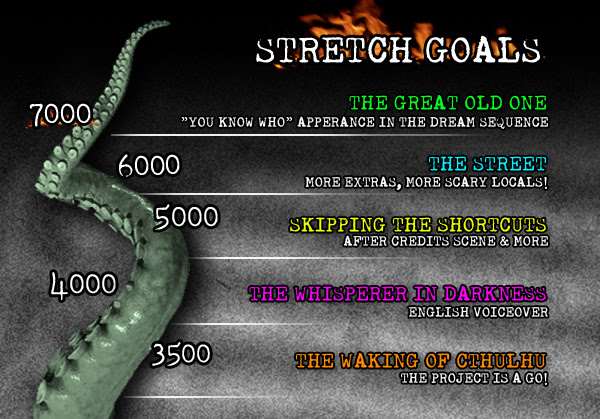 Posted by Lady Lovecraft at 6:57 PM No comments: 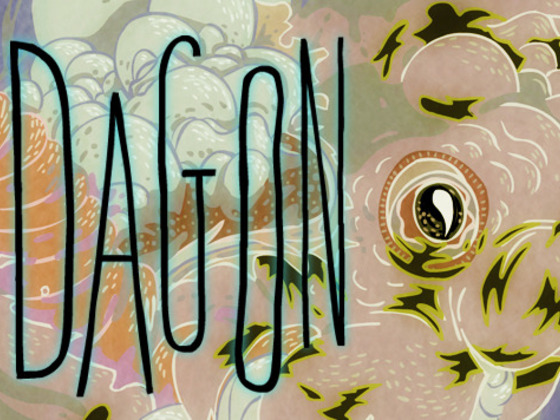 Posted by Lady Lovecraft at 6:42 PM No comments:

Pacific Rim director Guillermo del Toro offers an update on his adaptation of At The Mountains Of Madness, saying that he's giving the currently dead project one more try. He also says that Tom Cruise is still attached to star.

In 2011, Universal Pictures decided not to greenlit Guillermo del Toro's adaptation of the H.P. Lovecraft novella At The Mountains Of Madness, because the studio wanted a PG-13 rating despite GDT's insistence on an R-rating. Last year, the director stated that, due to the premise being similar to that of Ridley Scott's Prometheus, it'll be a while before we see the project come to life. Now, in an interview with The Playlist, the Hellboy director discusses the movie, and reveals that he's going to try to make it "one more time". "I'm going to try it one more time. Once more into the dark abyss. We're gonna do a big presentation of the project again at the start of the year and see if any [studio's] interested." Del Toro also confirms that action star Tom Cruise is still attached to star in the adaptation. "Yeah, Tom is still attached. I think it would be so fantastic to make it with him. He's been such a great ally of the project." Finally, he says that he has finally seen Prometheus, and is now no longer worried about any similarities between it and At The Mountains Of Madness. "Not really, I saw it finally and.. yes, there are things in common, but, you know, screw it. Lovecraft was there first."

Posted by Lady Lovecraft at 6:38 PM No comments: