Miskantonic River Press to pay homage to Ligotti and Chambers...

We're proud and delighted to announce two releases we have coming in 2012.
Thomas Ligotti is beyond doubt one of the Grandmasters of Weird Fiction. And in The Grimiscribe's Puppets editor Joseph S. Pulver, Sr. has commissioned many of today's most acclaimed authors of weird fiction and horror to contribute all new tales that pay homage to Ligotti and celebrate his eerie and essential nightmares. Poppy Z. Brite once asked, 'Are you out there, Thomas Ligotti?' This anthology proves not only is he alive & well, but his extraordinary illuminations have proven to be a visionary and fertile treasury of inspiration for some of today's best authors.
The Grimscibe's Puppets will be released Fall 2012. 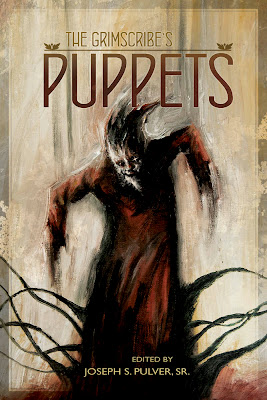 A Season in Carcosa is a loving tribute to Robert W. Chambers' beguiling creation, The King in Yellow. Again, editor Joseph S. Pulver, Sr., long a devout and vocal advocate of RWC, has commissioned many of today's most respected horror and "Weird" authors to contribute all new tales that spring from the haunted realms that Chambers' infamous "play" and characters spring from. H. P. Lovecraft himself believed Chambers to among the finest practitioners of the Weird Tale and Pulver returns to the roots of the King In Yellow with these tales that are inspired by the transcendent "core" tales and avoid the tentacles and trapping of the Cthulhu Mythos authors like August Derleth tethered it to.
A Season in Carcosa will be released in Summer 2012. 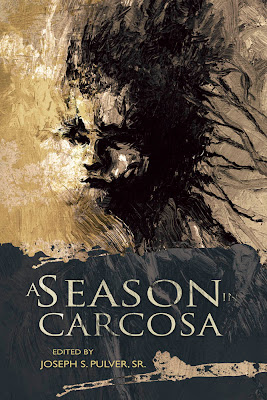 (Thanks to Joe Pulver and Tom Lynch)
Posted by Craig Mullins at 1:24 PM