A Kickstarter campaign has been lauchned for the 2014 H.P. Lovecraft Film Festival & Cthulhu Con 2014: 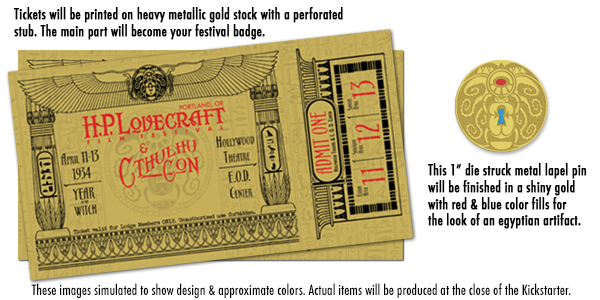 April 11-13, 2014: Three days of indie films, readings, panels, art, music, & vendors, in honor of the master of the Weird tale.
The H.P. Lovecraft Film Festival & CthulhuCon was founded in 1995 by Andrew Migliore, and is the longest continuously running Lovecraftian event in the world. It is both a film festival and 3-day convention that brings together filmmakers, authors, artists, and other creators, for a meeting of minds that you won't find elsewhere. The 19th Annual festival takes place April 11-13 at Portland's historic Hollywood Theatre.
We discovered last year that all the unique rewards, experiences, and additions to the festival made it more fun for everyone, not just backers, so we're turning to Kickstarter again to help cover some of our upfront costs and raise the bar even higher. Theater and venue rental, film exhibition licenses, and hosting costs are all expenses we will have each year, but we know that with your support, we can continue to provide a place for our community to come together and lose sanity points while having a blast!
Want to attend? Pledge at any ATTEND, VIP, EXPERIENCE, or ALL ACCESS reward levels to the right. All of those come with festival entry (and exclusives you can't get if you buy regular tickets later).
Can't attend, but want to contribute? Get our main reward items shipped to you at the $100 SHADOW OUT OF TIME or $245 TRAVELER IN THE 4TH DIMENSION level. Reward levels between $10 and $85 also include various items shipped to you.
Once we reach our initial funding goal, we'll be unveiling our stretch goals. Help us unlock these big plans by spreading the word about our Kickstarter!
(At the VIP level and above, you will receive the official 2014 festival poster, with art created by Mike Dubisch, the winner of the 2013 Pickman's Apprentice live art competition. )


This year, the stars have aligned on one of our favorite Lovecraft stories, "The Dreams in The Witch House." We'll be showing 1968's "Curse of The Crimson Altar" which adapts the story (loosely, but still awesomely) and stars Christopher Lee and Boris Karloff. There will be a LIVE musical performance of selections from the new "Dreams in The Witch House: A Lovecraftian Rock Opera", with Mike Dalager, Doug Blair (from WASP), and Alaine Kashian (Broadway's "Cats")! Plus, there are a couple other things we're not ready to talk about yet, but when the time is right, we'll let you in on the fun.
Both Liv Rainey-Smith and A.S. Koi created special edition items for us that are inspired directly by the story, and artist Mike Dubisch created wonderful Witch House-themed poster artwork. We also took Azathoth and Nyarlathotep (the black man of the Witch-cult) as inspiration for the darkly Ancient Egypt style T-shirt, lapel pin, and commemorative tickets. This will also manifest in the exclusive music track by Mars Homeworld that will be included in the download pack. 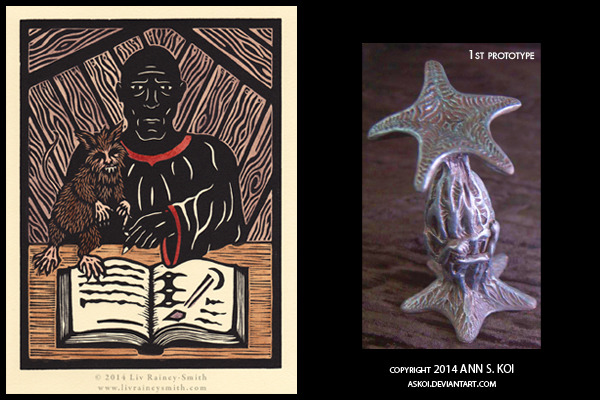 Posted by Lady Lovecraft at 9:49 AM