Sam Raimi vs. The Evil Dead...


Here's the latest round of Evil Dead comments from writer/director Sam Raimi, who is currently promoting his new horror film, Drag Me to Hell...
On the Evil Dead remake:

"I have talked with my partners about having a young director come in and remake Evil Dead. That film was made in 16mm on a shoestring budget and blown up to 35mm. The visual effects are crumby, it was done in mono, not even stereo, let alone 5.1. What you could do with it now would be so much better. I think if you had a new director using the full power of 35mm and 5.1 sound, you could really make a pretty socko presentation. It was always meant for the big screen, but never really seen on the big screen"

"Like any movie it's hard to say if you want to do it or if you don't want to do it until there is a script to talk about. So one day I hope to have the time to write a script, and if that happens I'm hoping that Bruce [will be back]" 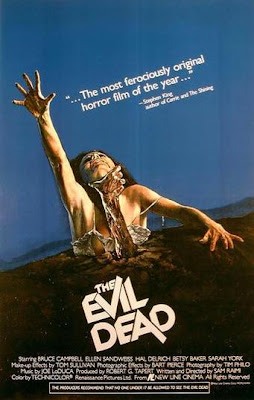 (Thanks to Dread Central)
Posted by Craig Mullins at 8:32 PM