On February 22nd we told you that Lucio Fulci's City of the Living Dead was getting the Blu-ray treatment from Blue Underground, and now it looks like an even bigger, better release is being planned in the UK, courtesy of Arrow Video... 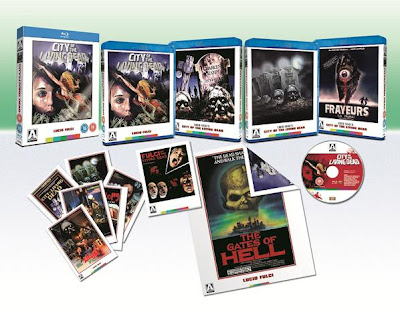 (Thanks to Dread Central)
Posted by Craig Mullins at 11:20 AM